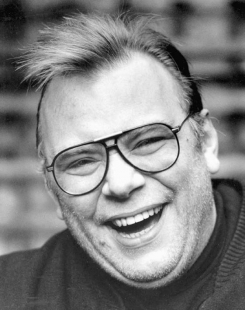 Currently Richard is probably best known to those with young children as he is the voice of Daddy Pig in the BAFTA Award winning animation series "Peppa Pig".

He attended the One year Postgraduate Course at the Bristol Old Vic Theatre School after graduating from Bretton Hall College with a BA(Hons) in Drama and Theatre Studies. In 1984 he became part of John Godber's award winning Hull Truck theatre Company.

Around this time Richard began working regularly in film featuring as Angelo in &ldquo;Who Framed Roger Rabbit&rdquo; and as Thorfinn Skullsplitter in Terry Jone's &ldquo;Erik the Viking&rdquo;.

Over the last few years Richard has worked as voiceover on an increasing number of computer games, including Risen, Fable 2,Viking;Battle for Asgard, Killzone,Shinobido, Kameo Elements of Power, Quake 3, and as the demonic mentor in Dungeon Keeper 1 & 2.