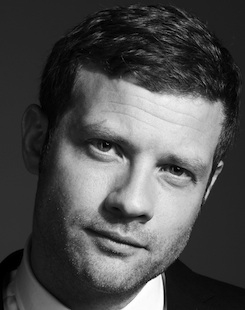 Dermot is best known and loved for his role hosting ITV 1's The X Factor, helping make it the number one show on Saturday night television.

He spends his Saturday afternoon's presenting the Sony Award winning The Dermot O'Leary Show on BBC Radio 2 (3pm-6pm) and has been responsible for helping to break new artists including Adele, Amy Winehouse, The Feeling and Plan B.

During the 2010 General Election he showed audiences his passion for politics by chairing a debate in First Time Voters Question Time and hosting the Dermot Meets series where he interviewed David Cameron, Gordon Brown and Nick Clegg for BBC Three.

Dermot kicked off 2012 by hosting The National Television Awards for the third year running at the O2 arena for ITV1, one of the most prominent awards ceremonies in the UK.

Some of the programmes that Dermot has presented across numerous mainstream channels are: