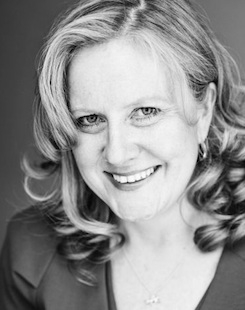 Sue is currently appearing in a CCBC Sketch show DRIVING ME MAD as well as playing the voices of Moody Margaret in the animated series of HORRID HENRY for CITV, Florence in THE MAGIC ROUNDABOUT for Nick Jnr and Jumpy The Bunny in CITY OF FRIENDS.

As well as her voiceover work Sue can be regularly heard on Radio 4's WOMAN'S HOUR and The Guardian Family podcast giving candid views and interviews on modern family life. Her style has been praised in The Guardian Radio section as very wry and very funny.

She has also appeared as an actress on many successful BBC radio comedy series, including PEOPLE LIKE US Series 1, THE PARTY LINE, ABSOLUTE POWER, THE PITTS, THINK THE UNTHINKABLE and BABY STREET.

She is regularly seen in television comedy and has appeared in THE CATHERINE TATE SHOW, GREEN WING, Tony Marchant's RECOVERY and MARIE LLOYD: QUEEN OF THE MUSIC HALL.